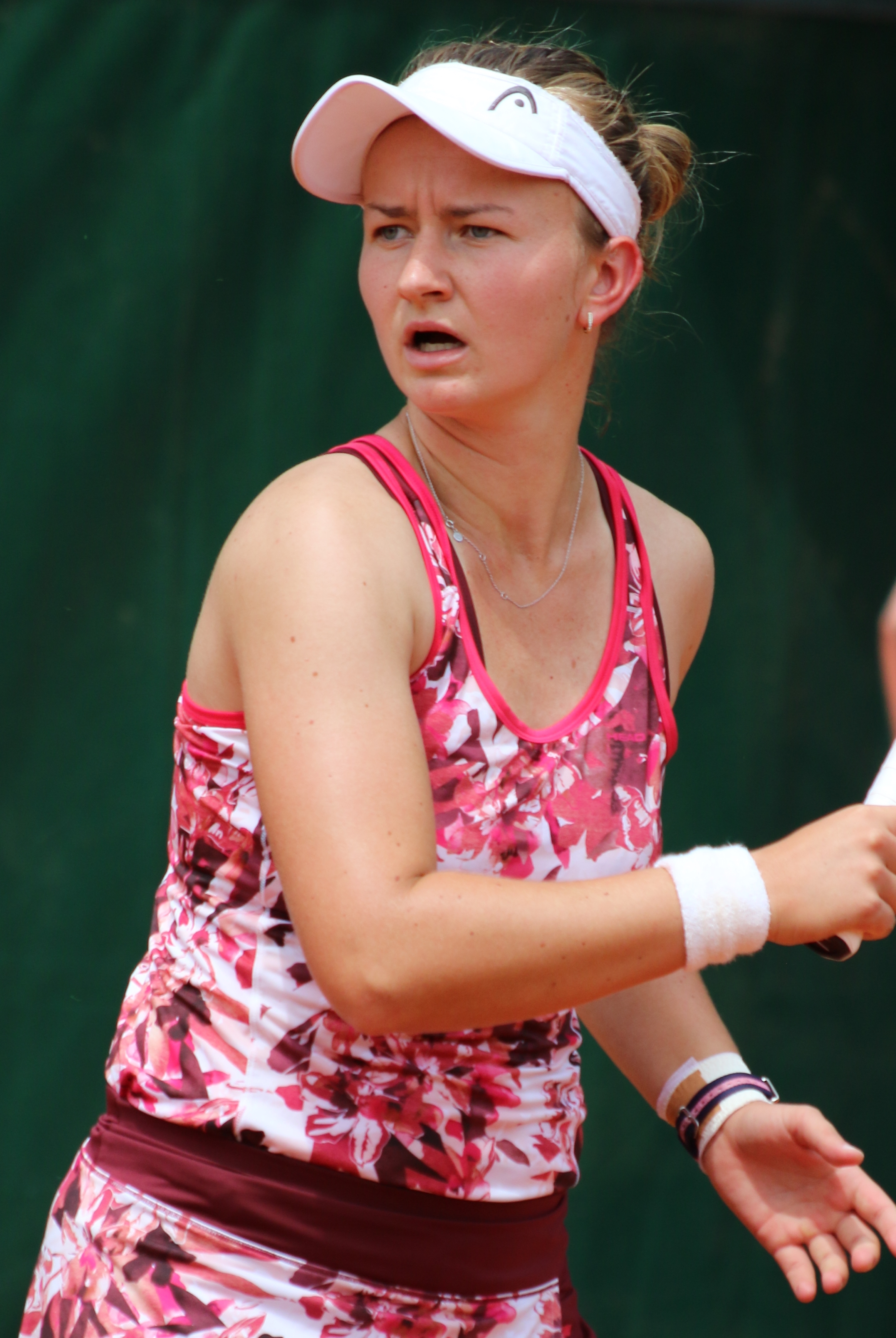 Barbora Krejčíková (Czech pronunciation: [ˈbarbora ˈkrɛjtʃiːkovaː]; born 18 December 1995) is a Czech professional tennis player. She has a career-high singles ranking of world No. 5, achieved on 20 September 2021, and on 22 October 2018, she became world No. 1 in doubles.

Krejčíková is a seven-time Grand Slam champion, having won the 2021 French Open singles title, the women's doubles titles at the 2018 French Open, 2018 Wimbledon Championships and 2021 French Open, all alongside compatriot Kateřina Siniaková, and the mixed doubles titles at the Australian Open in 2019 and 2021 partnering Rajeev Ram, and in 2020 with Nikola Mektić. She is one of only four active female players to have won a Grand Slam title in all three different disciplines after Serena and Venus Williams and Samantha Stosur.

Krejčíková has won three singles and nine doubles titles on the WTA Tour, including two at WTA 1000 level in doubles. With Siniaková, she finished runner-up at the 2018 WTA Finals and 2021 Australian Open, and the pair won Olympic gold in doubles at the 2020 Tokyo Olympics. Krejčíková was also part of the Czech team which won the 2018 Fed Cup.