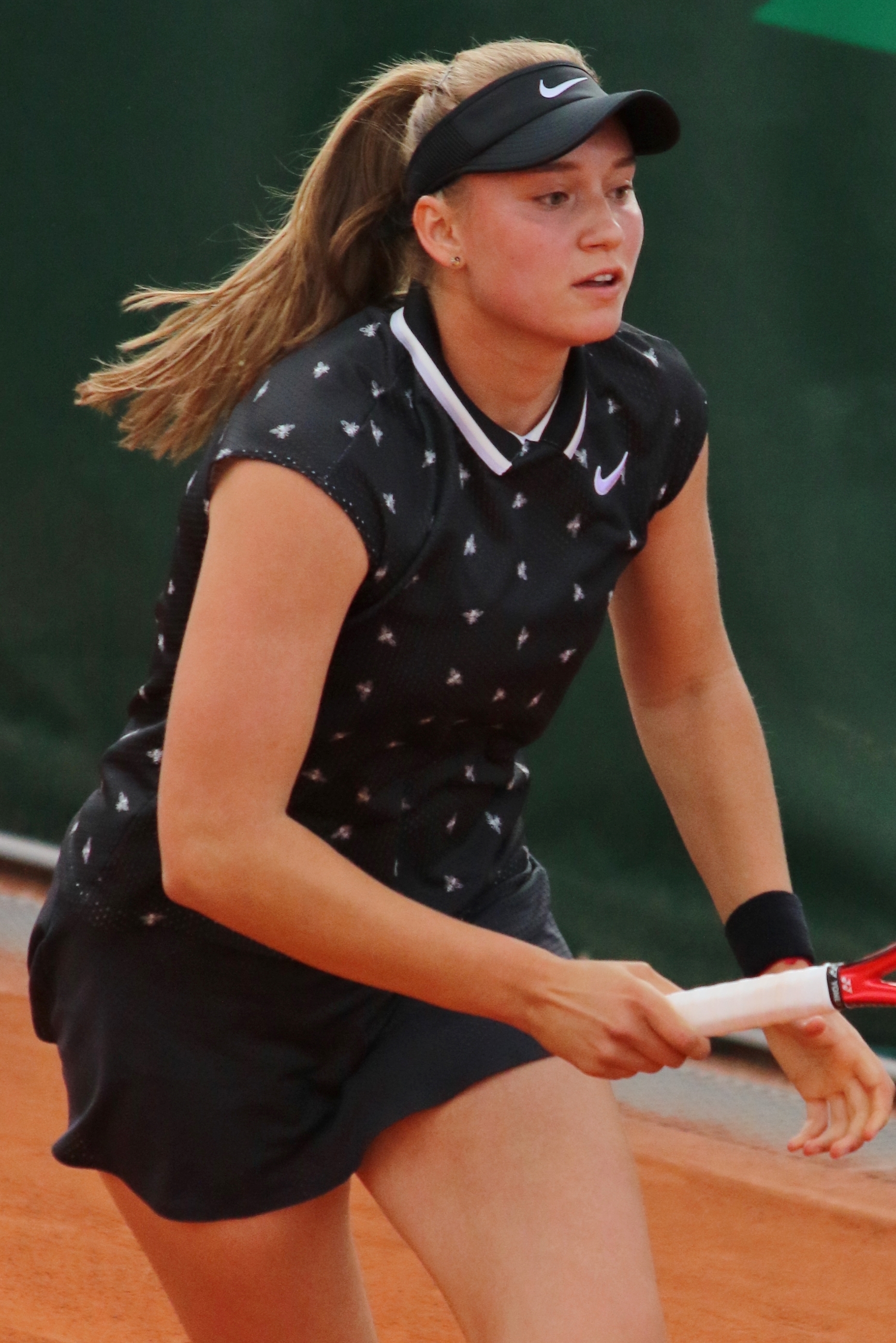 Elena Andreyevna Rybakina (Russian: Елена Андреевна Рыбакина, lit. 'jɪˈlʲenə rɨˈbakʲɪnə', born 17 June 1999) is a Russian-born Kazakhstani professional tennis player. She has a career-high ranking of No. 17 by the Women's Tennis Association (WTA). Rybakina has reached seven finals on the WTA Tour, winning two titles, including one at the Premier level.

Rybakina had a career-high junior ranking of No. 3, only beginning to have significant results relatively late in her junior career at the age of 17. She reached two junior Grand Slam semifinals, and won a Grade A title at the Trofeo Bonfiglio in 2017. Rybakina switched federations from Russia to Kazakhstan in June 2018, having just entered the top 200 for the first time a month earlier. Prior to the switch, she did not have an individual coach as a junior, and did not hire a traveling coach until early 2019. Her first consistent success on the WTA Tour came in the mid-2019 and was highlighted by her first WTA title at the Bucharest Open as well as her top 100 debut. Rybakina made her breakthrough in the 2020 season, during which she led the tour with five finals, including four in her first five events of the year.

With her tall stature at 1.84 metres (6 ft 0 in), Rybakina has an excellent serve and can generate power with both her forehand and backhand. She plays primarily from the baseline and has good movement for her height.